The original unnamed shop opened on the boardwalk of Grand Beach in Grand Beach Provincial Park during the summer of 2011. Juan More Thing was founded in 2012 and is now a 1,000 square foot emporium in Grand Marais filled with a colossal selection of active lifestyle apparel, bathing suits, jewelry, beach toys, and the world famous Chula sandal line. We have grown into a famous destination. We have sold and shipped our products to as far away as Australia! The Juan More Thing and Grand Beach Surf Club logo and names (with minor revisions) are recognized around the world.

where you don't peso much! 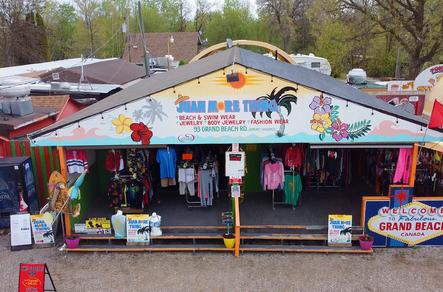 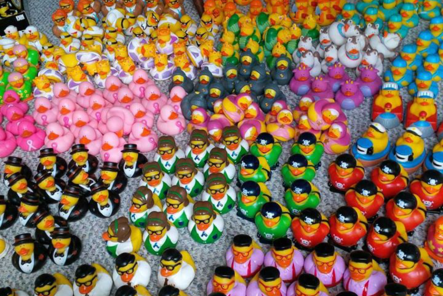 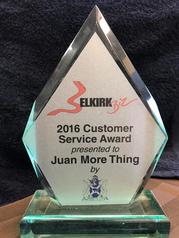 Along with several nominations, Juan More Thing has won the 2016 Customer Service Award at the 2016 Selkirk Biz Awards.

About the Selkirk Biz

The Selkirk Biz’s mission is to promote economic development, work in partnership with our civic agencies, provide value to our members, educational, networking and cultural interests making Selkirk and the surrounding district a more vibrant place to work, play, raise families, and do business. Selkirk Biz includes the City of Selkirk, RM of West St. Paul, St. Andrews and St Clements.

The Selkirk & District Chamber of Commerce began as "The Board of Trade of the Town of Selkirk" on December 6, 1901. Merchants, traders, brokers, mechanics, insurance agents and others formed an association of representatives of the commercial sector of Selkirk. On March 20, 2013, the name was changed to Selkirk Biz.